Our customers choose us because they enjoy our style and design. We believe that your furniture should also reflect some of your personality.

All of our cabinetry is custom. If you want your cabinets tall, short, deep, wide, decorated with twig work, hand-carved, unusual wood, with oil paintings etc. , this is what we do. 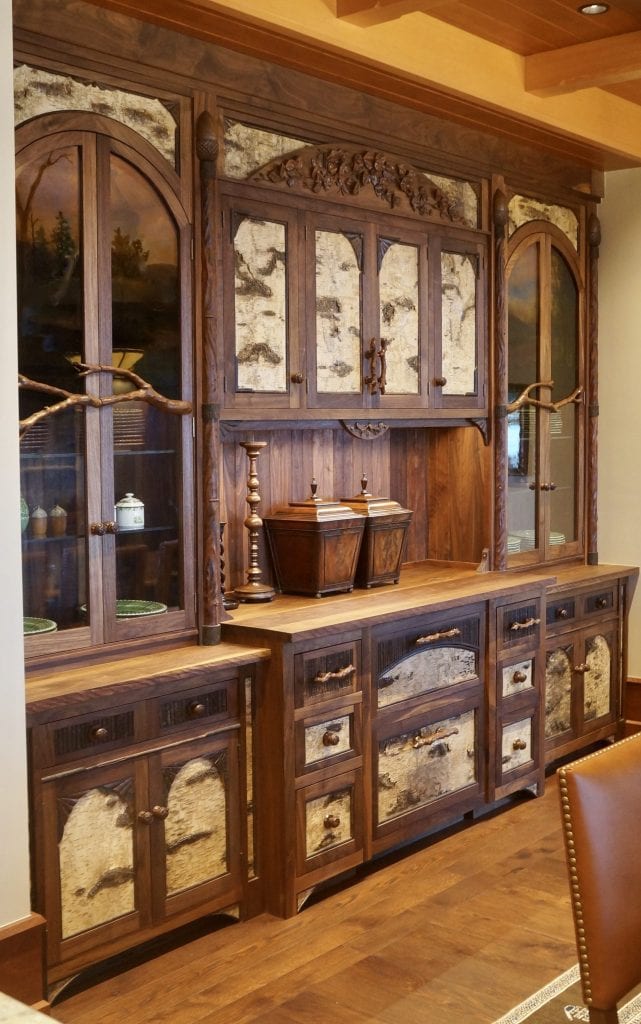 If you are a person who values attention to detail and enjoys a collaborative design process, we would love to work with you.

What people are saying

The Post’s have done several projects at our house and hopefully many more in the years to come. They are true artists ! Their work is beautiful and they are a joy to work with. Their communication is thorough: from project conception to installation to completion. The final product always brings a big smile to my face and asking “what should we do next” ? !
Judy and Jim Zierick
Lake Placid Lodge, rebuilt after a devastating fire in 2005, is a testament to the wealth of talent to be found in the Adirondack region. Over sixty area artisans were vital in creating a property of such richness and character that it has been called “a national treasure”. Among the craftspeople, woodworkers, masons, painters, and rustic furniture builders, there are none whose work is so well-represented at The Lodge, nor which demonstrates such versatility as that of Larry and Joann Post. From skillfully and sensitively adapting antique furniture for 21st century hotel use, to decorative painting executed with verve and often humor, the Posts were our go-to source for assignments requiring creativity and craftsmanship over and above the already high level of talent available to us. Not only could they find solutions to design conundrums, they were always able to complete their commissions on time and on budget. It was also always a real pleasure to work with them both, as they are among the nicest, least egotistical people one will find anywhere.
Christie and David Garrett
L.P. Rustics creates extraordinary custom Adirondack furniture of the highest quality, we absolutely love each of our pieces and will continue to work with them for our furniture needs. The Post family uses a customer centric approach; an ease of conducting business from the design to delivery phase. They have a true passion for their work and are a pleasure to work with.
Jen Ketchell and Joel Nashett
Previous
Next

We hope you enjoy viewing our work online.  We welcome customers to our workshop by appointment. Our Lake Placid Gallery offers a great opportunity to find a special piece for your home, camp or lodge. 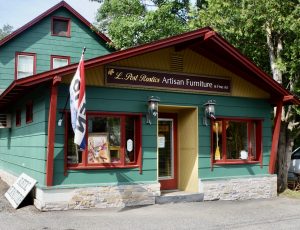